This "flour fight" arise saturday and tuesday afeternoon one week in february. Born in XIX century, it originally was a way for girls to catch a guy attention, and symbolizes the "almost winter ending" too, the precious link between people and earth.

Not to confuse with the Farinade, a famous dish from french Auvergne region. ;)

Terres magazine is a "revista digital de fotografia i viaje" located in Catalunya. It offers a cultural, historical and aesthetic view of the region & much more on terres.tv ! 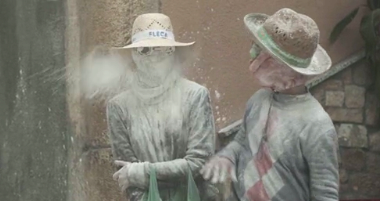